Bosnian artist Jusuf Hadzifejzovic and his friends hold court at the Underground bar in Sarajevo, a popular hangout with artists and writers. Hadzifejzovic is an elder statesman and a well-known, internationally recognized artist in his own right with many exhibitions and performances in Italy. Many of his themes deal with the struggle of post-Yugoslavia identity. He is perhaps single-handedly responsible for one of the most interesting recent developments in the Sarajevo scene: engineering new galleries and ateliers for many modern artists in a half-empty communist era shopping center located in the basement of a sporting center that was part of the 1984 Olympics, called Skenderija. He is at the center of a group of young artists who he mentors. 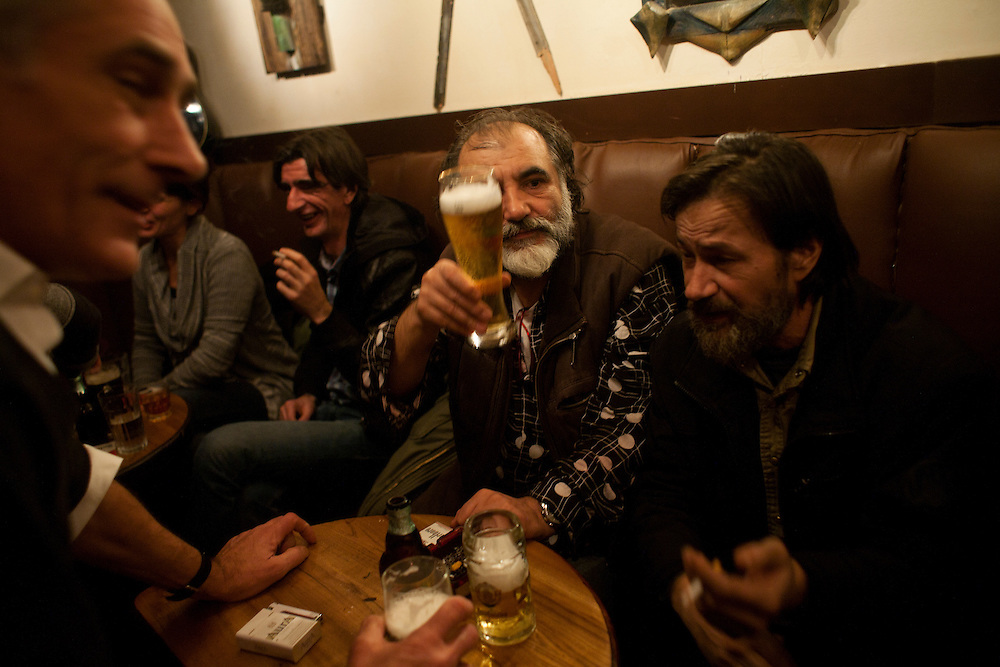