Small soccer-hooligan riot in Belgrade city center around the Zeleni Venac marketplace. A McDonalds restaurant was damaged and trashbins overturned. Around a dozen people were arrested by riot police at the market. The events coincided with a rally protesting the 10th anniversary of NATO bombing of Serbia and Kosovo to force then-President Slobodan Milosevic to end the Kosovo war in 1999...An man injured during an arrest by the police is tended to by a friend. 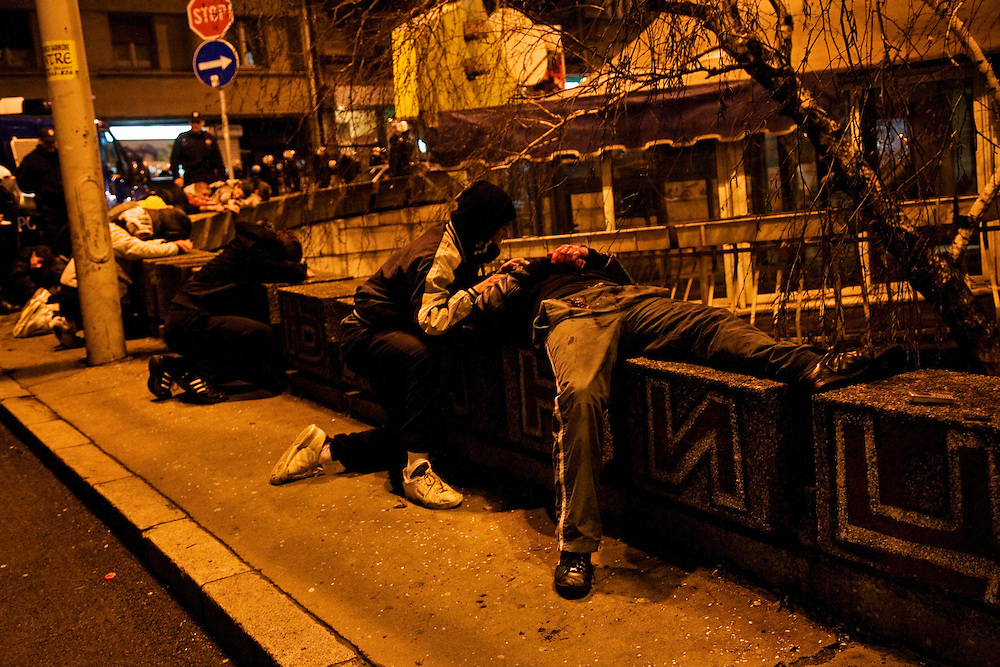